Jewish communities have existed across Asia for longer than many realize, especially near major historic trade routes in places like India, Singapore and Indonesia. Other communities developed during and after World War II. Some were part of or assimilated into local cultures, while others blended the culinary traditions of other countries with the cuisines of their new homes.

So what do Jews from various parts of Asia eat at Chanukah? Jews from India, Singapore, Indonesia and Japan spoke to the Jewish Telegraphic Agency about some of their must-have holiday recipes. 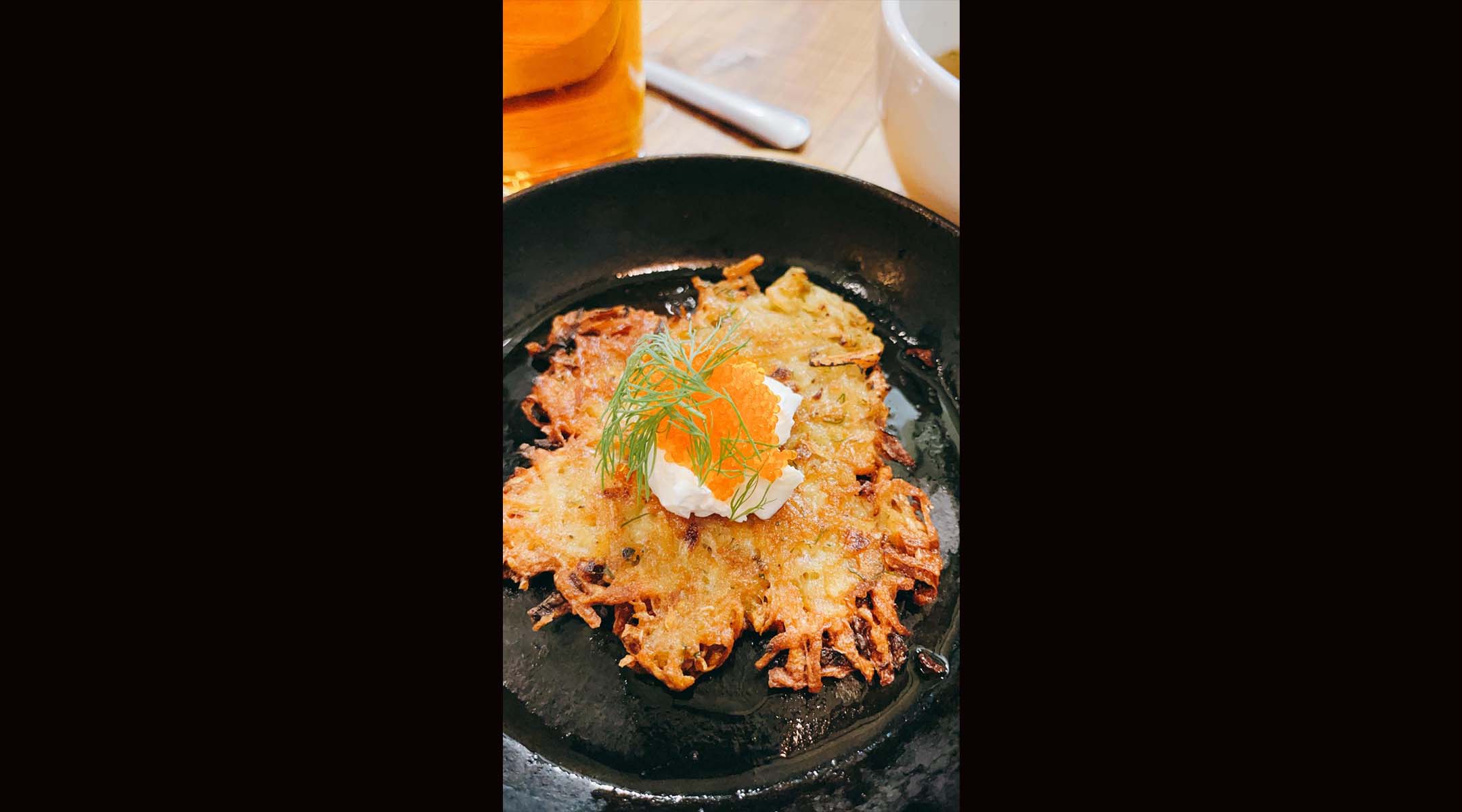 Jeremy Freeman’s negi latkes use a type of onion native to China and grown throughout East Asia. (Jeremy Freeman)

Before moving to Japan with his wife, Maiko, five years ago, Jeremy Freeman sold vintage Jamaican records in New York. In fact, Maiko was the one who had the restaurant – Oni Sauce, a home-style Japanese food stand in Brooklyn’s Smorgasburg Market.

But when the two moved to Tokyo with their children, they decided to change. Freeman’s Jewish background takes center stage at their Tokyo restaurant, Freeman’s Shokudo — more specifically, the smoky side: Freeman’s specializes in smoked fish and meats with a rotating seasonal menu. They often dabble in Japanese-Jewish fusion, with offerings like bialy (made to order by a local Japanese bakery) with whitefish salad made with smoked saba (mackerel), smoked daikon pickles and tobiko., or flying fish eggs.

At Hanukkah, Freeman makes these potato latkes using negi, a type of onion native to China and grown throughout East Asia, which falls somewhere between a green onion and a leek. Negi has a stronger flavor than the white onions typically used in latkes, and they also produce significantly less water, creating a cleaner, easier-to-work dough. At Freeman’s Shokudo, they are topped with creme fraiche, tobiko and ikura or salmon roe. 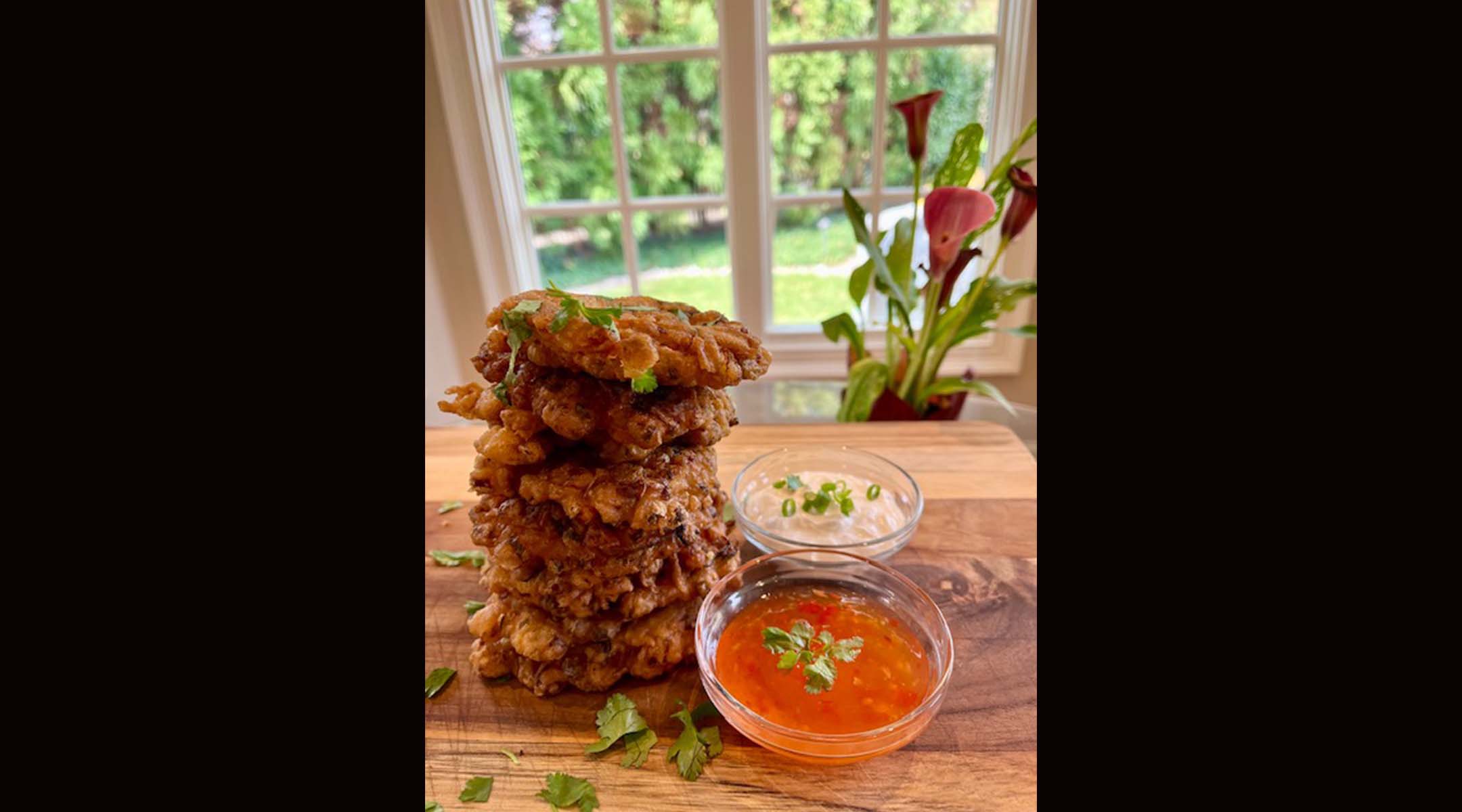 Rosita Goldstein’s Saturday morning Shabbat meals have become something of a local legend among Singapore’s Jewish community. Twice a month for a decade, she welcomed 30 to 100 community members into her home, where she prepared many Jewish and Indonesian classics. now commemorated in a cookbook.

Goldstein, who is originally from Indonesia and converted to Judaism after meeting her husband, Harvey, in Singapore, says Indonesian culinary traditions blend easily with kashrut, or Jewish culinary rules.

“A lot of recipes don’t use pork,” she said. “And then secondly, in the Jewish tradition, we don’t mix meat and dairy, and that’s very easy, because in most Indonesian dishes, we use coconut milk.”

Life is a little slower now for the Goldsteins, who recently moved to Virginia and hope to split their time between the United States and Singapore. At Hanukkah, these fried Indonesian corn fritters, served with sour cream and sweet chili sauce, are a family favorite. In Indonesia, it’s a popular street food, but it’s also a nod to the Hanukkah custom of frying in lots of oil. 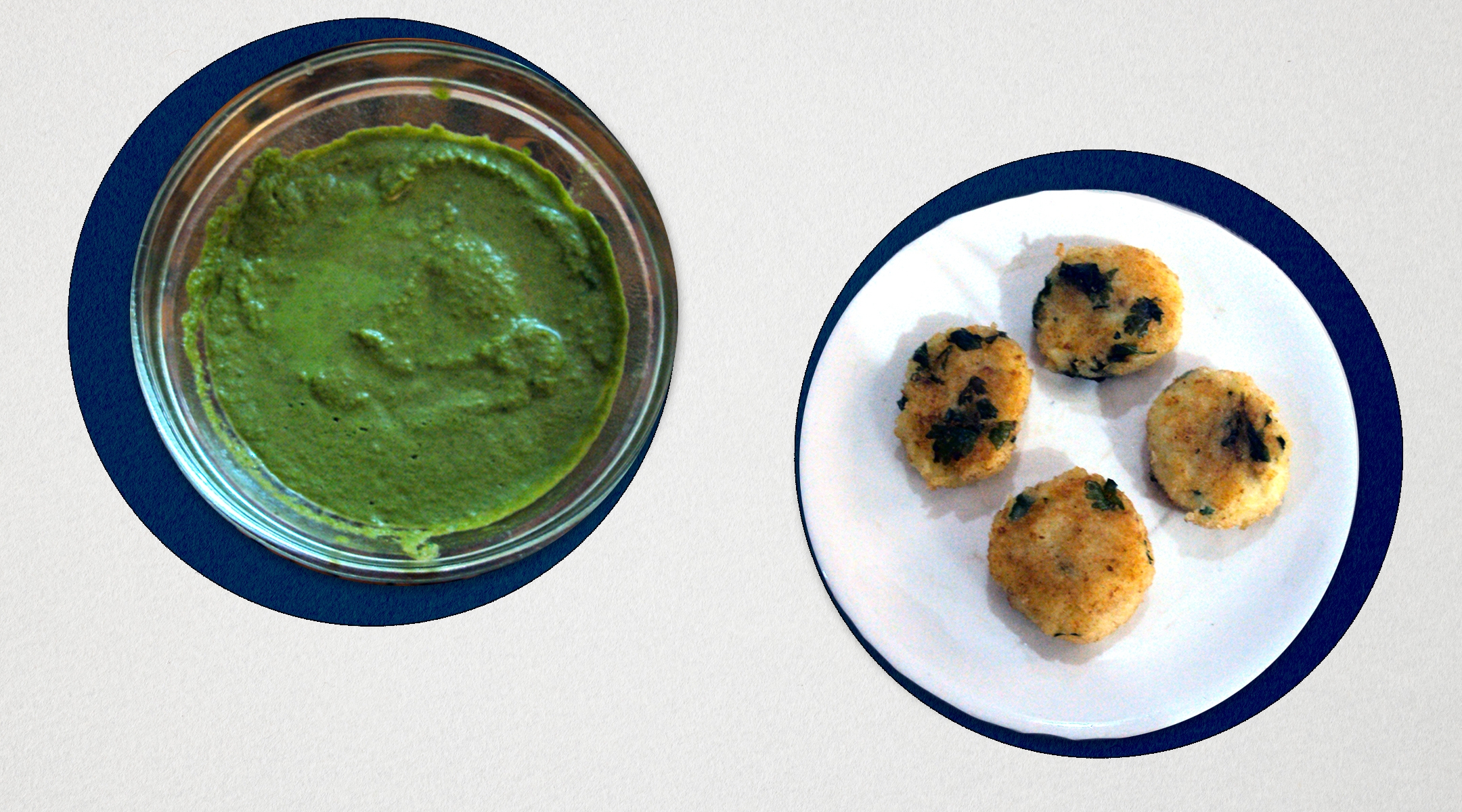 According to legend, the The Bene Israel trace their beginnings in India to a shipwreck on the west coast of the country more than 2,000 years ago. When British rule began in 1858, they came to Gujarat, a state on the coast, and embraced local life there while retaining their Jewish identity, which led to the formation of unique customs and culinary traditions.

Esther David is a Bene Israel Jew who grew up in Gujarat and writes about the Indian Jewish experience in her novels. His most recent book,Bene Appetitrecounts the diverse traditions and cuisines of India’s five Jewish groups — traditions she says are fast being forgotten due to modernization and immigration.

In Hanukkah, fried vegetable patties or fritters are traditional, usually served with carrots halvah. David likes to accompany donuts with a coriander chutney.

Ingredients of the vegetable pancake

Clean and finely chop the cilantro, mint leaves and green chilli. Mix with grated coconut, sugar and salt. Transfer to the blender and serve with the patties. 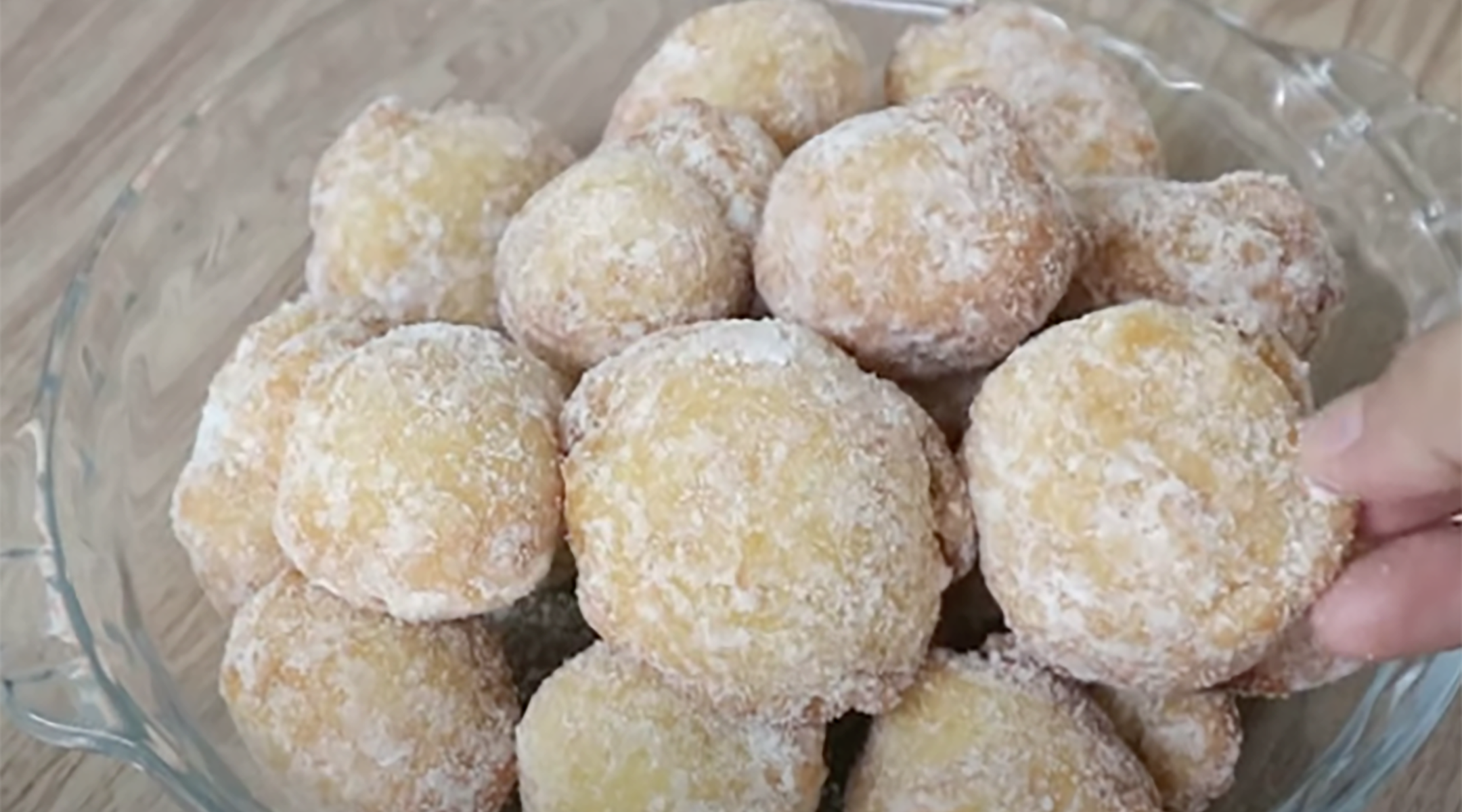 The Jewish community in North Sulawesi, Indonesia, may be one of the smallest in all of Asia. Composed mainly of descendants of Dutch Jews who came to Indonesia with the Dutch East India Company in the 17th century, the population has dwindled over time as Jews attempt to assimilate in an environment that is not always welcoming to them. In 2013, a historic Dutch synagogue in Surabaya, on the island of Java, was demolished by a property developer following protests by Islamic groups.

Yaakov Baruch, the rabbi of the North Sulawesi community, is a descendant of both Dutch Jews and Holocaust survivors. He shared a recipe for brod goreng, a sweet fried bread for Hanukkah.

A Dutch-Indonesian culinary creation, brod goreng was only eaten in areas where Dutch Jews lived, Baruch said. “The Jews combined gastronomy [traditions] between European food and local Indonesian food, since this food is closer to sufgiyanot,” he said. “So the Jews of this country always prepare this ‘brod goreng’ next to our Menorah during Hanukkah.”

5 Brandy-Based Recipes For You To Try
Home of Economy-Herald pie recipes: Brityn Proulx offers a treat with the zing of fresh raspberries ...
Have easy party food recipes handy for the holidays | Entertainment/Life